Why You Need a Criminal Defense Lawyer for Marijuana Charges 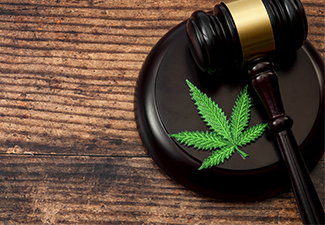 Several states have made recreational use of marijuana legal, including Massachusetts. That widespread acceptance leads some people to believe that being charged with a marijuana-related crime is “not a big deal.” Many of them forgo legal representation, choosing instead to represent themselves and accept the penalties without a fight.

A conviction for a marijuana offense is still a drug conviction, and drug convictions on your criminal record can harm your life for years. The repercussions make consulting with a criminal defense lawyer a wise decision.

If you have been accused of or charged with a drug crime related to marijuana, don’t take it lightly. Get legal representation. McBride Law represents clients in Quincy, Boston, Norwell, Weymouth, Hingham, and throughout the state of Massachusetts.

What Laws Govern Marijuana Use?

Marijuana is a controlled substance. There are both Massachusetts laws and federal laws regulating its use. Those laws are contrary to one another. Although Massachusetts permits the possession and growing of a small amount of marijuana for personal use, federal marijuana laws prohibit it under any circumstances. That means you can abide by state law while breaking federal law.

It is rare for individuals to be charged with federal drug crimes for small quantities of marijuana. Complying with Massachusetts law may keep you under the federal radar, but you should be aware of those specific laws if you choose to use recreational marijuana.

What Are Massachusetts Laws Regarding Marijuana?

The allowable weight of marijuana concentrate is 10 grams. Marijuana “products” include beverages, concentrates, edibles, ointments, and other topical derivatives.

Any quantity of marijuana or marijuana products over one ounce must be secured by a lock. Marijuana in open packaging in your vehicle must also be secured in a locked glove compartment or trunk. It cannot be transported otherwise in the interior of the vehicle unless the seal is unbroken.

Adults ages 18 and older may possess up to a 60-day supply of medical marijuana, prescribed by a physician and certified by the State of Massachusetts. Some patients under the age of 18 may take marijuana but only if prescribed by a state physician. Those with prescriptions for medical marijuana may cultivate more than for recreational use and may even qualify for a hardship permit to exceed that limit as well.

You cannot cross the state line with marijuana or mail it. Both represent a clear violation of federal law.

Although your use and possession are allowed by state law, some workplaces, landlords, educational institutions, governmental entities, among others, may set and enforce policies regarding the possession and use of their property while you are working for them. You should make sure you know what those policies are and adhere to them. Ignorance is no excuse, and you should avoid assumptions.

What Possible Penalties Do I Face?

You will face conviction for drug possession if found to possess more than the legal limits of marijuana. If convicted of possession of more than one ounce, you could face up to six months in jail and a $500 fine. Penalties increase with subsequent convictions, including up to two years in prison and up to $2,000 in fines.

If you are a first offender of the controlled substances act, you may be placed on probation. In addition, if you complete probation with no issues, you can have your conviction sealed. With that opportunity, you can understand why hiring a criminal defense attorney would be in your best interest.

Penalties are enhanced if any charges involve minors or proximity to schools and public parks.

The defenses your criminal defense lawyer can raise will depend on the circumstances of the arrest. You may be able to assert that the drugs were not in your possession or that the search and seizure violated your constitutional rights. If the charges involve marijuana products, the prosecution will need to prove the chemical composition of those products. Their inability to do so may invalidate the allegations of criminality.

Why You Should Have an Attorney With You

Marijuana is a controlled substance. Marijuana charges are drug charges. Drug convictions can result in fines, a loss of freedom, disqualification for federal student loans, loss of professional licensure and certifications, prohibitions on where you can work and live, even loss of child custody and visitation rights.

Marijuana may be legal in Massachusetts, but not without the strict requirements and oversight of the law. If you have found yourself in trouble in Quincy, Boston, Norwell, Weymouth, Hingham, or anywhere throughout the state of Massachusetts, don’t assume there is an easy fix. Your future is riding on it.

Contact McBride Law now to talk about your options. That should be an easy call to make.