Marijuana laws across the country continue to evolve as more and more states institute legalized medical and recreational marijuana. In 2016, a law was passed in Massachusetts that decriminalized the possession and use of small amounts of marijuana, and in 2018, voters passed another law legalizing recreational marijuana in the commonwealth. This relatively new legislation has undoubtedly changed the landscape of how drug crimes are handled, but it’s still important to note that marijuana trafficking charges are still serious offenses and must be treated as such. 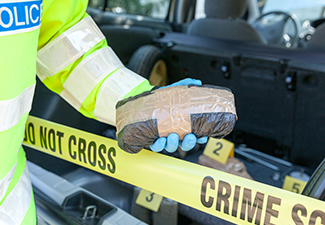 If you’re facing drug trafficking charges, the best thing you can do for yourself is hire an experienced criminal defense attorney who understands these changing laws and who can help you mount a meaningful defense. At McBride Law in Quincy, Massachusetts, you’ll be working with an attorney who will listen to your side of the story, examine all the available evidence, and defend your rights every step of the way. Call today to set up an appointment if you’re in the area of Quincy, Norwell, Hingham, Weymouth, Boston, or anywhere throughout the state.

Even though marijuana law in Massachusetts has changed for use and possession, the laws on trafficking have remained constant. Trafficking charges are differentiated from charges for possession with the intent to distribute based on the quantity in question. In general, for violations with fewer than 50 lbs. of marijuana, it will be treated as distribution, but amounts over 50 lbs will be treated as trafficking. Trafficking charges can include knowingly cultivating, selling, or bringing in large quantities of drugs. Some people falsely believe that trafficking laws only apply to drugs that cross state lines, but you can still receive these charges with marijuana brought from within the state.

While trafficking laws are major, there are often avenues of defense that a seasoned attorney can help you explore. For example, you may be able to prove that you did in fact possess the marijuana, but you never intended to sell it. Or perhaps the drugs didn’t even belong to you. In other cases, the drugs may have been found as the result of illegal search or police entrapment. These defenses can be very effective, but they must be handled by a professional and tailored to your individual case.

The penalties for a marijuana trafficking conviction will vary depending on your specific situation and whether or not you have prior convictions. In general, the penalties go up the more marijuana there is. This typically means a fine and/or a mandatory minimum prison sentence. For smaller amounts (between 50 and 100 lbs) the fines will range from $500 to $10,000 and you may also see one to 15 years in jail, while the largest amounts (over 10,000 lbs) can result in fines of up to $200,000 and up to 15 years in prison.

There are also other mitigating factors that may increase your penalties such as where the marijuana came from (for example, if you brought it in from another state or country), or where you were attempting to sell it (such as distributing near a school). Either of these factors will cause your penalties to increase.

Steps to Take If Facing Charges

The first thing to remember if you’re facing drug trafficking charges is that anything you say or do can be used against you by the prosecution. After you’ve been arrested, you should remain silent and not answer any questions from law enforcement officers. You’re also protected from unlawful searches and anything found in an illegal search and seizure will not be admissible in court.

Your next step should be to contact a local criminal defense attorney who has specific experience handling marijuana trafficking cases. A good attorney will be well versed in both state and federal law, which will be especially important if the trafficking crossed state lines. Your attorney can help you gather as much evidence as you can that supports your case. This could be physical evidence, photographs, police reports, or witness statements.

Lastly, you’ll want to work closely with your attorney and be 100% honest with them. Their job is not to judge you or your actions, but to protect your civil liberties and look for holes in the prosecution’s case. They can only do this when they fully understand the facts surrounding the incident. A skilled attorney can help you understand your charges and how to mount the best defense possible.

Drug trafficking charges are serious offenses and need to be addressed immediately and by someone with the skills and experience to see your case through to the end. Remember, just because you’ve been charged with a crime doesn’t mean you’ll be convicted. If you’re concerned about a recent marijuana trafficking charge, contact McBride Law in Quincy, Massachusetts today to learn more about your options.