Driving High: What Happens If You Get a Marijuana DUI? 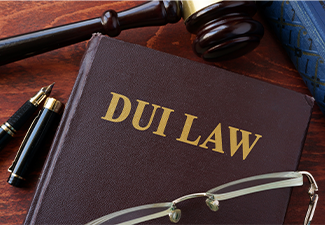 Many people are familiar with laws regarding drunk driving, but they may not know what happens when you’re caught driving under the influence of marijuana. Recreational marijuana has only been legal in Massachusetts since 2018, and the laws surrounding its use—and misuse—are still misunderstood by many. Specifically, a marijuana DUI arrest, known as an OUI in Massachusetts (operating while under the influence), looks slightly different than a DUI issued for alcohol. If you’ve recently received a DUI for marijuana and would like to speak with an experienced attorney about your defense options, call McBride Law today. Serving clients in Quincy, Massachusetts and throughout the state including Norwell, Hingham, Weymouth, and Boston, McBride Law will strive to protect your rights and fight on your behalf.

OUI of Marijuana in Massachusetts

Under Massachusetts law, it’s illegal to operate a vehicle while impaired by drugs or alcohol and the state has some of the strictest laws in the country regarding DUIs. However, unlike alcohol where there’s a state limit of .08% BAC for adults, there are no such tests or legal limits for marijuana. When an officer pulls you over, they only have their own observations to show that you’re impaired and cannot drive safely. Because THC (the psychoactive element of marijuana) can stay in your system for weeks, even if it was detected by a test, it would not be an indication you were impaired at the time you were pulled over. This can make OUI arrests for marijuana open to interpretation since there’s no definitive method for determining intoxication levels.

If you’re pulled over under suspicion of impaired driving, the officer will first observe your behavior and may then give you three field sobriety tests. The first asks you to stand and balance on one foot, the second has you walking in a straight line then turning around, and the third asks you to tilt your head back and look upwards while the officer observes your balance. While failure to complete one of these tests doesn’t automatically mean you’re impaired, it may give the officer stronger grounds for the arrest. They will also look for other signs of impairment such as slurred words, bloodshot eyes, or the smell of marijuana in your car.

However, there may be an alternative disposition available for a first or second offense under certain circumstances with no aggravating factors. For a first offense, if a judge approves it, you may be able to receive probation in exchange for attending drug abuse counseling and your license may only be suspended for 45 to 90 days. After your second offense, you may still qualify for probation if you attend a two-week confined treatment program, but your license will still be suspended for two years.

Since convictions for driving high are based solely on an officer’s observations, it can be tricky for both prosecutors and defense attorneys to address these cases in court. The fact that there is no reliable roadside test for marijuana impairment means that the onus is on the prosecution to prove beyond a reasonable doubt that it was unsafe for you to be operating a vehicle. This is a tall order and one that both judges and lawyers are still trying to navigate.

Additionally, just because you’ve exhibited outward signs of marijuana intoxication such as bloodshot eyes or your car smelling of marijuana, this does not mean you’re impaired, and this evidence can be challenged in court. Another line of defense could be challenging the authority of the arresting officer. Massachusetts will sometimes employ the help of a drug recognition expert to assess the impairment of drivers, but the majority of officers do not have this accreditation, and therefore their observations may not be taken as expert commentary.

How McBride Law Can Help

If you’re facing a DUI on suspected marijuana impairment, an experienced criminal defense attorney can help you understand your options and ensure you’re well represented in court. There are many ways to fight a DUI/OUI, and just because you’re charged doesn't mean you’ll be convicted. If you’re in the Quincy area or anywhere else in Massachusetts, call McBride Law to set up an appointment.