What You Should Know About Sobriety Tests

According to the National Highway Traffic Safety Administration (NHTSA), one person across the nation dies every 52 minutes from an alcohol-related traffic accident. In Massachusetts in 2018, in the latest statistics available from the NHTSA, there were 360 traffic fatalities, 146 of them relating to alcohol. 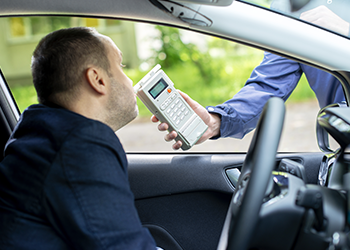 Despite these statistics, many people venture out on the highways with a little too much consumed. Others may have had just a drink or two and are heading home when a patrolman pulls them over and administers a breath test. Should you take the test? Or should you challenge the results afterward?

Traffic stops must be based on probable cause, something you did that made the police pull you over. That’s your number-one defense. The other is that they must follow established procedures and use recently calibrated and reliable breathalyzer instruments.

If you’re facing an OUI, operating under the influence charge, in or around Quincy, Massachusetts, or nearby in Boston, Norwell, Hingham, or Weymouth, contact McBride Law immediately. We have the experience and resources to help you craft an aggressive defense, even if your blood alcohol content (BAC) showed up high on a breath or chemical test.

The purpose of each test is to determine whether your BAC surpasses the legal limit, which is 0.08 percent for those 21 and older and 0.02 percent for those under 21. The results are admissible in court if you’re charged with an OUI.

If you refuse either test, you are subject to an administrative penalty of losing your driving privileges. The length of the suspension varies upon age and past history. If you refuse to take a breathalyzer test, you face a six-month driving suspension, but your refusal to take the test cannot be used against you in court. If you take the test and fail it – with a BAC of 0.08 percent or higher – your license will be immediately suspended for 30 days, and you can face OUI charges.

If you refuse to take a chemical test, you face a similar 180-day license suspension. However, if you’ve had previous OUIs or are under 21, the suspension can rise to three to five years, which applies to both a breathalyzer or chemical test refusal.

Officers will often use field sobriety tests as evidence that you were operating your vehicle under the influence. These tests may be a prelude to a breathalyzer test, or as a stand-alone effort to show impairment, especially if it’s a substance other than alcohol that may be causing the erratic driving behavior.

You do not have to submit to a field sobriety test in Massachusetts, and there is no penalty for doing so. However, it will no doubt invite the use of a breathalyzer.

With HGN, the officer will ask you to follow an object with your eyes. If there is a jerking of the eyes – called HGN – that can show impairment due to drugs or alcohol. However, HGN evidence is generally challengeable because officers are not experts in the field.

The nine-step walk requires you to walk heel-to-toe for nine steps forward, turn around, and walk another nine steps in the same manner. The one-leg stand is just that: You are required to stand on one leg with your arms at your side. If you fail, hop around, or use your arms stretching out for balance, that’s a sign of impairment.

Even sober individuals, depending on their age and physical condition, can have trouble performing these tests. Field sobriety tests depend on the testimony of the officer who administered them, whose testimony and accuracy can be challenged.

Whether you choose to take a breathalyzer or blood test is up to you. You know the immediate consequences of losing your driving privileges, but on the other hand, prosecutors can’t prove in court that your blood alcohol content was above the legal limit, and they can’t use your refusal as evidence against you.

If prosecutors can show that you had a BAC of at least 0.08 percent (or 0.02 if you’re under 21), that is called a per se OUI charge. It’s almost like automatic proof, and your defense will have to consist of proving the test was administered wrongly, the breathalyzer was not accurate, or the blood sample was contaminated in handling.

If you’re facing an OUI charge in Quincy, Massachusetts, or the neighboring areas of Norwell, Hingham, Weymouth, or Boston, rely on McBride Law to investigate the circumstances, develop a strong defense, and aggressively fight for your rights. Don’t just shrug off an OUI charge as “they got me.” If convicted, the offense will stay on your criminal record far into the future, threatening your employment and professional opportunities. Call today.